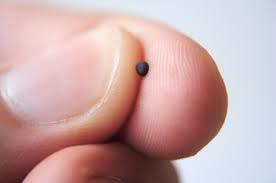 11th Sunday of the Year

All three of the interpretations of the term “Kingdom of God,” are useful for understanding these two parables. To do this one can consider the first and third interpretations together. The Church is the Mystical Body of Christ. This is why Jesus could say to St Paul on the road to Damascus, “Saul, Saul, why are you persecuting me?”. However, the Church is more than what is visible on earth. Traditionally the Church has understood herself as having three parts, The Church triumphant in heaven, the Church suffering in Purgatory and the Church militant on earth. These three form the Mystical Body of Christ.

The first parable understood with the first and third interpretation of the term “Kingdom of God” in mind, expresses the certainty that the Church will grow. It is inevitable that the Church will grow. The word of God is guaranteed to be fruitful once it is sown in the world. This is a stronger saying than the promise of Jesus that the gates of hell cannot prevail over the Church (Matthew 16:18). That promise of Jesus is meant to strengthen our Faith in the Church, when the situation seems bleak for the Church Militant on earth. When the Church Militant is suffering, the choirs in heaven that were intended for the fallen angels are being filled with souls.

The second parable of the mustard seed expresses the small beginnings of God’s Kingdom on earth. Jesus ascended to heaven leaving a tiny band of followers to take on one of the greatest empires yet seen on the earth. Who in that time could have foreseen the Church spread across the whole world, two thousand years later. There are people from every part of the world in Dublin for the Eucharistic Congress. The parable declares that the Church will become large enough for the birds of the air to come and nest in her shade. This applies to the rest of the world. The people whom the charity of the Church reaches are everywhere. The charity of the members of the Mystical Body of Christ has no limit and there is now no country in the world, which has not people helped by the generosity of the people of God.

The second understanding referred to by Pope Benedict, is the fact that the Kingdom of God can also be said to be within the heart. This is why St Paul could say that it was not Paul who lived, but rather Jesus Christ living within Paul. The first parable is the seed sown, which will become fully grown grain. St Gregory the Great explains the parable in this way. The seeds are our good intentions, these eventually bring forth the blade which symbolises repentance. Ultimately the fully grown grain represents charitable works. When fully grown and virtuous we are ready to be “harvested”, that is made ready for heaven. When we interpret the parable this way let us not forget that good intentions are not enough. It must be remembered that it is Christ who is the gardener of our souls. It is His Grace which causes our growth in virtue.

The parable of the mustard seed, seen in the light of the spiritual growth of the soul is a description of a Saint. We cannot begin  to understand what we will be like when we get to Heaven. It is easy to forget that it is our destiny to become saints. In Heaven we will have been purified by our spiritual growth here on earth and probably also by the fires of purgatory. There will be no sinful obstacles to our love of God in Heaven, and we cannot begin to imagine what that will be like.

These parables form a beautiful reminder of God’s promises for us today. If times seem hard for God’s Church here on earth let us refuse to be daunted by the world and by persecution. There is no servant greater than the master and if the world has hated us, it has hated Jesus first. However, God so loved the world that He gave his only Son for its redemption. So let us try to allow Jesus to grow in our hearts and in this way we will be witnesses to the spread of God’s Kingdom in our time.

Jesus said, “This is what the kingdom of God is like. A man scatters seed on the ground. Night and day, whether he sleeps or gets up, the seed sprouts and grows, though he does not know how. All by itself the soil produces grain—first the stalk, then the head, then the full kernel in the head. As soon as the grain is ripe, he puts the sickle to it, because the harvest has come.” Again he said, “What shall we say the kingdom of God is like, or what parable shall we use to describe it? It is like a mustard seed, which is the smallest of all seeds on earth. Yet when planted, it grows and becomes the largest of all garden plants, with such big branches that the birds can perch in its shade.” With many similar parables Jesus spoke the word to them, as much as they could understand. He did not say anything to them without using a parable. But when he was alone with his own disciples, he explained everything.

John Harris OP on the ‘Verbum Supernum’ He Goes Before the Lord
This site uses cookies to provide a good browsing experience: find out more on what cookies are.
Scroll to top