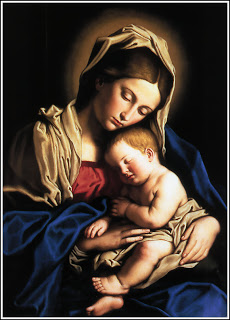 The wedding feast at Cana is the event portrayed in this Sunday’s Gospel. Last week was the feast of the Baptism of the Lord and the Church has chosen to bring our attention to the wedding feast of Cana one week later. In order to understand why, we need to think a bit about why Jesus told John to baptise Him. John the Baptist rightly says that he is not worthy to do so, not even to undo the straps of Jesus’ sandals. But Jesus tells him to do it anyway. He is beginning to show Himself as our Saviour. In the Baptism in the Jordan, Jesus is symbolising the reality that He is going to offer Himself to the Father in the place of Humanity. In Baptism water is used to symbolise cleansing, which is one way to begin to understand redemption. Jesus then in being baptised is showing us that He will be our redeemer.

So this week we hear about the wedding feast of Cana. When Mary tells Jesus that they have no wine, Jesus replies that His time has not yet come. This is because a miracle will begin to reveal Jesus as our Saviour. A rather simplified and secular understanding of Jesus sees Him as a philosopher with a moral message. However, this is not the reason for the coming of Jesus. Before Pilate, Jesus says that it is for this (referring to His death and resurrection) that He came into this world. When Jesus begins His public ministry He starts the road to Calvary. A miracle here at Cana will begin that path, and so Jesus tells His mother that the time for His death and resurrection (our redemption) has not yet come.

Yet Jesus does what His mother asks Him to do. He does turn the water into wine at her request. Despite saying that His time has not yet come, He still honours His mothers request. In effect Mary is saying to her Son that the right time to begin the journey to Calvary is now. Why is the appropriate time for Jesus to begin to reveal Himself the Saviour, to begin to do miracles to show forth His divinity at a wedding? The wedding is where two become one, where a man and woman commit themselves to each other for life. Jesus wants to become one with us so that we can become one with Him. He wants to commit Himself to us even at the cost of His own life. Jesus’ life is the life of our souls. A wedding shows forth the love that Jesus has for His people.

When Jesus was baptised in the Jordan, He symbolised what He had come to do. Jesus would be the one to cleanse the people from their sins. However, Jesus did not at that moment tell the people that He was the Saviour. It was the Father who spoke in a cloud saying: “You are my beloved Son, with you I am well pleased.” It is at the wedding feast that Jesus is encouraged by His mother to begin to proclaim Himself, to perform miracles so as to demonstrate His Divinity before the people of Israel and to complete the salvation of Humanity.

The role that Mary has played in our salvation is shown forth clearly in this Gospel as it is a major event in the life of Jesus. In all the important events in Jesus’ life the Holy Spirit has not omitted reminding us that Mary was present and played a part. In the Annunciation, God asked Mary to be His mother, but He did not demand it of her. Before Jesus is born, Mary underwent an arduous journey to Bethlehem. Mary was also present at the crucifixion, to witness the terrible suffering of her Son. And on this Sunday we see Mary asking Jesus to begin His journey to Calvary to complete the work of our salvation. Mary therefore played an important role in our salvation when Jesus was on earth.

The Church teaches us that Mary’s role did not end when the Gospels ended. Who believes that Jesus has stopped caring for us, now that He has already come to earth to die and be resurrected? Jesus still looks down on us from Heaven, caring for us every second of our lives. He comes down to spend time on our altars, and in our tabernacles, even allowing us to receive Him in a very special way at Holy Communion. So we should not think that Mary does nothing for us now that she is in Heaven. If Jesus is our brother now, then Mary is our mother. This is why we can ask for her help when we need it. If Jesus was happy to be her son, then we should feel blessed that Mary looks after us in the same way as she did when Jesus was on earth. She asked Jesus to begin the road to complete our salvation at Cana, and even now she asks Him to come into our lives here and now.

On the third day a wedding took place at Cana in Galilee. Jesus’ mother was there, and Jesus and his disciples had also been invited to the wedding. When the wine was gone, Jesus’ mother said to him, “They have no more wine.” “Woman, why do you involve me?” Jesus replied. “My hour has not yet come.” His mother said to the servants, “Do whatever he tells you.” Nearby stood six stone water jars, the kind used by the Jews for ceremonial washing, each holding from twenty to thirty gallons. Jesus said to the servants, “Fill the jars with water”; so they filled them to the brim. Then he told them, “Now draw some out and take it to the master of the banquet.” They did so, and the master of the banquet tasted the water that had been turned into wine. He did not realize where it had come from, though the servants who had drawn the water knew. Then he called the bridegroom aside and said, “Everyone brings out the choice wine first and then the cheaper wine after the guests have had too much to drink; but you have saved the best till now.” What Jesus did here in Cana of Galilee was the first of the signs through which he revealed his glory; and his disciples believed in him.

Pro Life Holy Hour
This site uses cookies to provide a good browsing experience: find out more on what cookies are.
Scroll to top