The communities of Portumna, Lorrha and Boula were visited on Saturday 6 August by a large group of Dominican followers from the Claddagh in Galway on a special pilgrimage to celebrate the 800th anniversary of the foundation of the Dominican Order. For the first time in nearly three hundred years a Dominican friar, Fr Donal Sweeney prior of the Claddagh Community, stood in the ruins of Portumna priory, a site associated with the Dominican Order since 1414.

A large crowd from each community gathered at all of the three sites to greet the group of pilgrims from Galway and to take part in the historic celebrations.

Sr Padraidin O.P. led the large gathering at Portumna Abbey in prayer and song and also spoke about the life of St Dominic, founder of the Dominican Order, who was born in Spain in 1170 and was canonized in 1234.

The group then headed to Lorrha Friary, built in 1269, where they were joined by a large number of local people.

The final stop of the day was in Boula where St Dominic’s Day Mass was celebrated in St Peter & Paul’s Church at 6pm by the Dominican Fathers for the first time in 117 years.

For this historic occasion, the large crowd gathered at Boula Hall from where they walked to the church symbolising the route used in bygone days. The church was full to capacity, people delighted to be part of this wonderful celebration. Fr Lawless welcomed everyone, including Galway city Mayor Noel Larkin who is from Boula and where he went to school. Mass was concelebrated by six priests led by Fr Donal Sweeney. The Choir, under the baton of Jarlath Keady added hugely to the occasion. Their solos and harmonies getting a huge round of applause from the congregation.

Following mass everyone gathered in Boula Hall where the committee, under the chairmanship of Patrick Donohue, and the community at large provided refreshments and food. It was a great social occasion and a testament to the strength of the local community.

The Dominican Fathers departed their priory in Portumna Abbey in the early 18thcentury to Boula, where they hoped to be free from observation. The place of retreat of the fugitive priests was soon discovered and a warrant issued for their arrest.

In 1830 the present Boula Church was built by Fr Taaffe, O.P. near the site of a small thatched Dominican Chapel which stood at the rear of the present National School.

In the spring of 1899 an order was made to the Provincial Dominican Council to close the smaller houses of the Order in Ireland, Boula was on the list. The sad news was received with consternation by the community. The third Sunday of April 1899, the Holy Sacrifice was offered in Boula for the last time by a Dominican. On the following morning amid scenes of profound sorrow the three Dominican Friars left Boula for St Xaviour’s Priory, Dublin.

Before their departure, the Dominicans presented to the Parish of Portumna their lovely Gothic church, free of all debt. And so ended the ministry of the Friars of Portumna, bringing to a close almost 500 years of religious ministry in Portumna. This exciting reunion 117 years later rekindled that link. 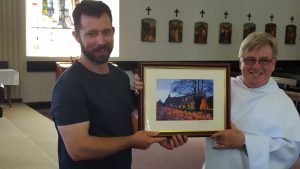 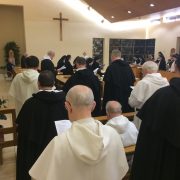 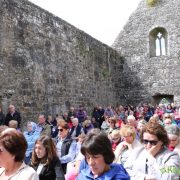 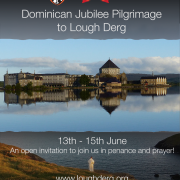 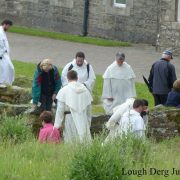 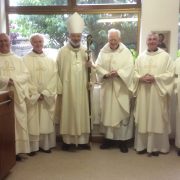 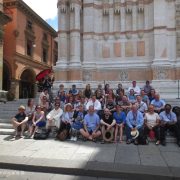 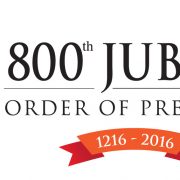 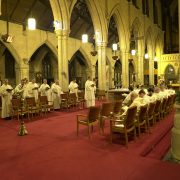 Sligo “Jubilee Commemoration Day”
This site uses cookies to provide a good browsing experience: find out more on what cookies are.
Scroll to top