The Irish Province of the Dominicans rejoiced at the ordination to the Diaconate of six of its student brothers. Br’s David McGovern, Damian Polly, Ronan Connolly, Daragh McNally, Conor McDonough and Eoin Casey were ordained this afternoon by His Grace, Diarmuid Martin, the Archbishop of Dublin. Many of the brothers from the wider province were present to witness the largest ordination in the province since the early 1970’s.

The six brothers ordained have been studying philosophy and theology at St. Saviours for the past six years and will continue their studies until their ordination to the priesthood next year, coinciding with the celebrations of the Order for the 800th anniversary of its foundation.

The newly ordained will begin their ministry of service in St. Saviours before venturing out into the wider province to preach and gain experience of different communities and pastoral situations. Please keep these newly ordained deacons in your prayers as they enter their final year of studies and preparation for priesthood.

The video of the Mass can be found here:

Video of the Diaconate Ordinations 2016 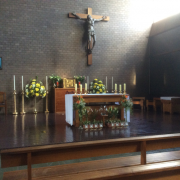 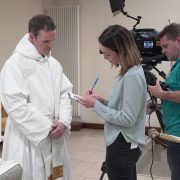 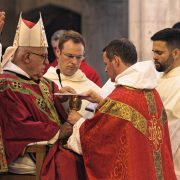 Video of the Diaconate Ordinations in the Irish Province of the Dominican O...
This site uses cookies to provide a good browsing experience: find out more on what cookies are.
Scroll to top