The Feast Day of the Irish Province is the Exaltation of the Cross, celebrated on September the 14th. This is the traditional day that the new noviciate starts and the new Novices receive their habit, as they start their journey as a Dominican. This year four men joined the noviciate and received the habit during the 11 o’clock Mass. 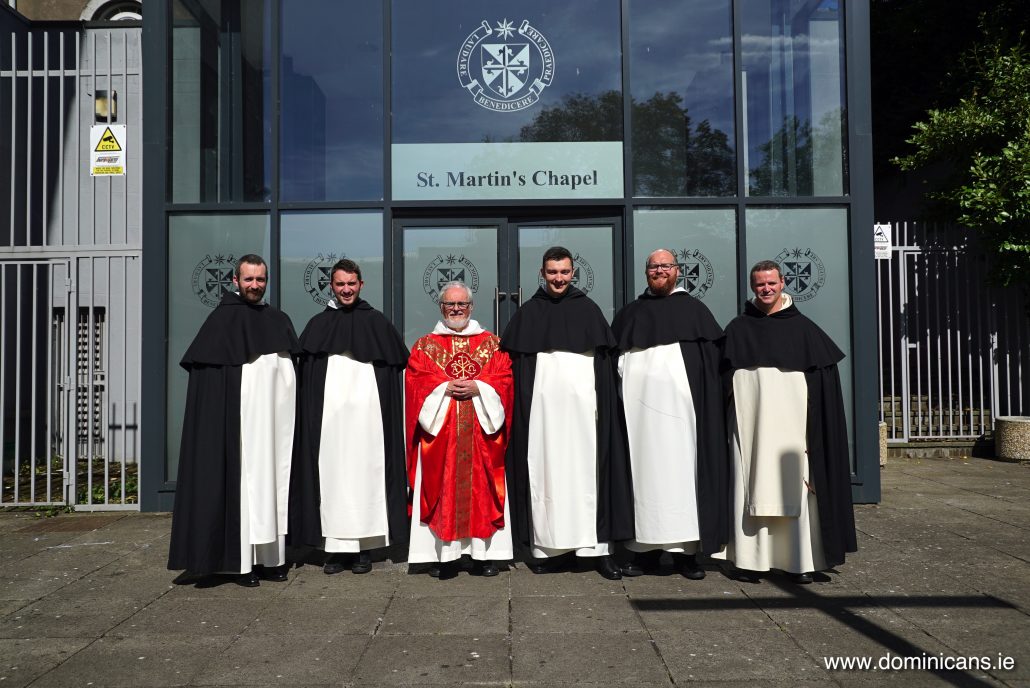 Please keep our novices (and those discerning a vocation) in your prayers, that the Lord might continue to bless them and give them the graces that they require to keep following His call!

Please find some photos of the event below.

The Feast of the Exultation of the Cross is the Feast of the Irish Province of the Dominican Order. This is traditionally the day that postulant coming to join the Order receive the habit. This year, the noviciate, is a time of deeper discernment in which the novice comes to  appreciate  the calling that God is offering to follow the way St. Dominic on the way of holiness.

This year the Irish Province is blessed with five new novices. The new novices were clothed in the Habit of the Dominican Order “for a trail period” in which they are living the life as a Dominican more fully and both the Order and the Novices can further discern from God their path. After a the year’s noviciate profession is made, on the 15th of September, the Feast of the Our Lady of Sorrows.

During the Mass the new novices pray:

We are brought here by the mercy of God and we have come to undertake  your way of life.
By this following of Christ, may we grow in love of God and neighbour as men who desire to obtain their own salvation and the salvation of others. May we be men of the Gospel, following in the footsteps of our Saviour.

Please join the Dominican Order, and the Irish Province, in praying for out new Novices, for a fruitful noviciate in the year to come.

You are truly a hidden God.

The new Novices prostrate themselves

The Rosary’s are Blessed by Fr. Provincial

The end of Mass

This video shows a brief account of the Mass during which the new novices of the Irish Province of the Dominican Order receive their habit. The reception of the habit, on the feast day of the Exaltation of the Cross which is the Feast of the Province, marks the start of their noviciate. In the noviciate the new novices continue to discern their vocation to the Dominicans in the coming year.

In the second part the outgoing novices make their Simple Profession. They promise obedience to the Master of the Order for three years and Fr. Gregory Carroll OP, prior provincial, takes the vows representing the Master of the Order. The newly professed brothers will now start their formal studies in our studium in St. Saviour’s, Dublin.

Sorry, no posts matched your criteria