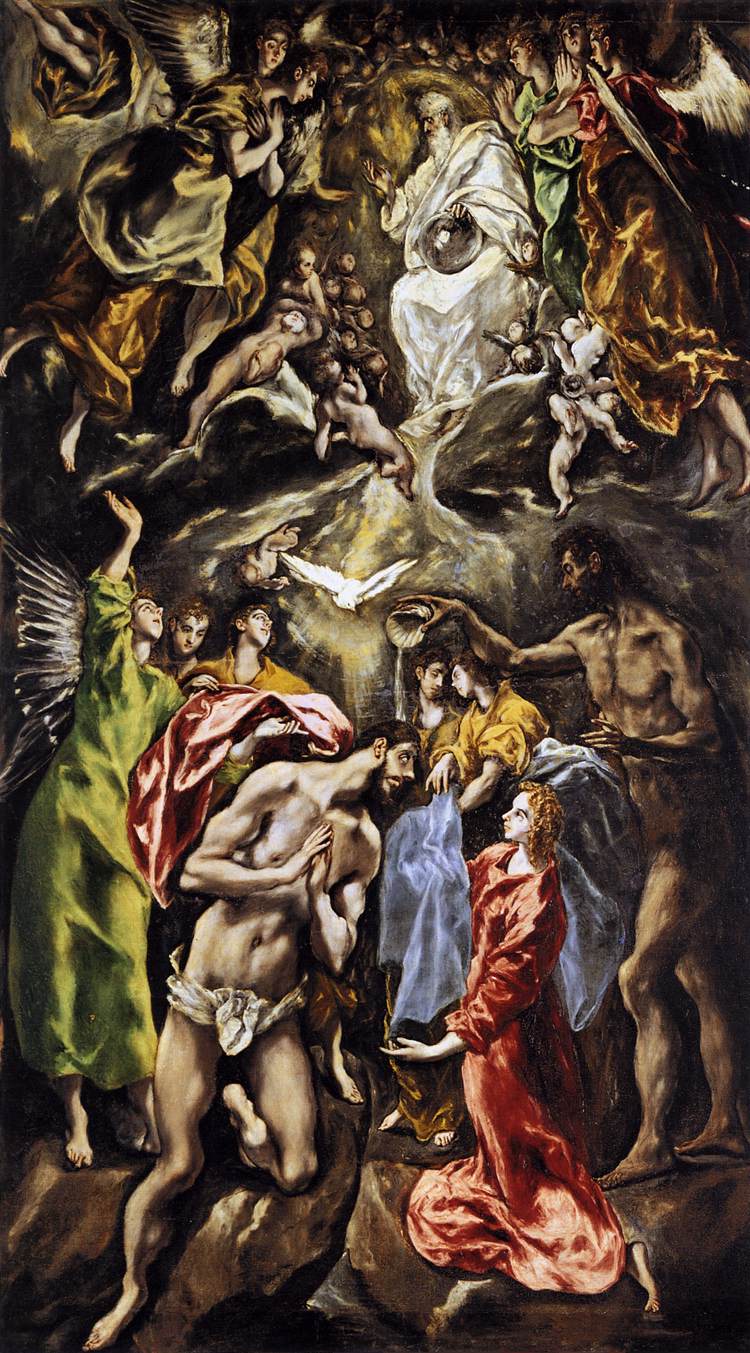 The Baptism of Our Lord The apostle Paul (also known as Saul) was an enthusiastic persecutor of Christians before his conversion to Christ. When the first martyr, Stephen, was stoned to death, we are told that ‘Saul approved of their killing him’ (Acts 8:1). Quickly he became more active in his persecution of the followers of Jesus: he went from house to house and ‘dragged off both men and women and put them in prison’ (Acts 8:3).

Paul’s conversion, perhaps the most famous conversion of all time, occurred on the road to Damascus. The details are well known – a bright light flashed around him, he fell down, heard a voice, and was struck blind. Later, in Damascus, he was healed of his blindness and ‘began to preach in the synagogues that Jesus is the Son of God’ (Acts 9:20). What is significant for this Sunday’s gospel, though, is what the voice actually said on the road to Damascus: ‘Saul, Saul, why are you persecuting me’ (Acts 9:4). Saul was persecuting followers of Jesus, not Jesus himself. Why did the voice say me, and not them?

You might say that this question stayed with Paul for the rest of his life, and his letters bear testimony to this. He is convinced that Christians share an identity with Jesus Christ, that we are somehow ‘in Christ’. He tells the Roman Christians that they are called to be ‘alive to God in Christ Jesus‘ (Rom 6:11); the Corinthians are told that the dead have ‘fallen asleep in Christ‘ (1 Cor 15:18); and all Christians ‘though many, form one body in Christ‘ (Rom 12:5).

What has all this to do with the Feast of the Baptism of Our Lord?! Firstly, the very means by which we come to be ‘in Christ’, is baptism itself: ‘all of you who were baptised into Christ have put on Christ’ (Gal 3:27). So when we reflect on the baptism of Jesus in the Jordan, we recall our own baptism, which grounds our identity in that of Jesus himself. But there is a second way in which St Paul’s insights relate to this Sunday’s feast. If we share in the identity of Christ, then, somehow, the mysteries of Christ’s life – his birth, his presentation, his crucifixion, his resurrection etc. – are also our mysteries. If we are ‘in Christ’ by virtue of our baptism, then when we reflect on Christ’s baptism we can hear the words of the Father as if they were addressed to us: this is my Son, this is my Daughter…

If it seems too brazen to put ourselves in the place of Christ, let us listen to the words of the Beloved Disciple: ‘See what great love the Father has lavished on us, that we should be called children of God! And that is what we are!’ (1 John 3:1).

Jesus came from Galilee to the Jordan to be baptised by John. John tried to dissuade him. “It is I who need baptism from you,” he said “and yet you come to me!” But Jesus replied, “Leave it like this for the time being; it is fitting that we should, in this way, do all that righteousness demands.” At this, John gave in to him. As soon as Jesus was baptised he came up from the water and suddenly the heavens opened and he saw the Spirit of God descending like a dove and coming down on him. And a voice spoke from heaven, “This is my Son, the Beloved; my favour rests on him.”

Look! The Lamb of God!
This site uses cookies to provide a good browsing experience: find out more on what cookies are.
Scroll to top