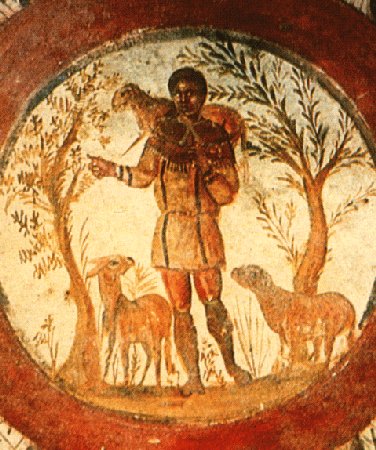 In this Sunday’s Gospel we hear three parables told by Our Blessed Lord. One of them is the parable of the prodigal son which is perhaps the most famous of the parables. In this parable the younger of two sons asks his father for his share of the inheritance and then went to a new country where he squandered all that his father had given him. This son then ends up getting a job feeding the pigs for someone which is all the more terrible a fall for Christ’s Jewish hearers for they considered that pigs were unclean animals. The younger son then decides to go back to his father and ask him for a job as one of his paid servants so that at least he would have a better life there. However, when his father sees his son a long way off, he ran to him and embraced him and then welcomed him back as his son.

In this parable we understand God to be the Father and that we as sinners play the part of the younger son. This parable teaches us that when we turn back to God with sincere hearts that He will welcome us and forgive us all of our sins. The fact that the younger son squandered all he was given did not effect the Father’s rejoicing when he saw his son and did not matter. In the same way God our Father rejoices when we turn back to Him – no matter what we have done – and providing that we sincerely turn to Him and ask for forgiveness, God will forgive us. A priest once said to me that to consider that God would not forgive something that one had done, or to lack trust that one’s sins were forgiven, would be insulting to the Lord, for the fact that Jesus carried a cross for us demonstrated that God’s forgiveness is unlimited.

This parable of the prodigal son is then one of the most important – for it shows us the infinity of God’s mercy. Despite the fact that this parable is so well known, it is surprisingly not sufficient to describe the infinite mercy and love of God. The two parables that we hear before the parable of the prodigal son this Sunday help us begin to complete this picture of a loving and merciful God. The first of these two parables describes the man who has a hundred sheep, who then lost one of them. This man went away in search of his lost sheep. The second parable describes a woman who lost one of her drachmas. The woman then swept her house and went searching her abode till she found it. God’s mercy is like this. When someone strays from the fold, God does not wait passively for them to return. He actively goes looking for them, like the man with the lost sheep. Neither does God give up looking for them, sending graces to help a sinner turn back to Him, even up to the very end of life.

So let us pray for all those whom God still seeks, that they may respond to his call and turn back to Him with confidence and so be happy in the eternal life which God wishes to grant all of us. Amen.

Busy Weekend!
This site uses cookies to provide a good browsing experience: find out more on what cookies are.
Scroll to top