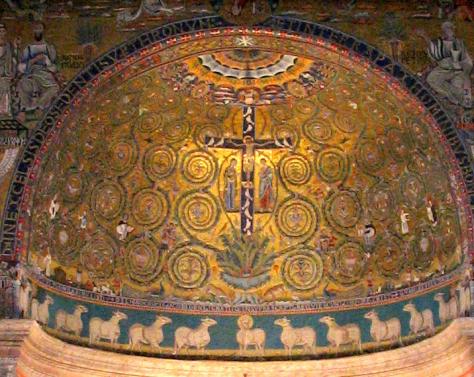 19th Sunday of the Year

‘The Jews were complaining to each other about Jesus, because he had said, “I am the bread that came down from heaven”. Thank God for their complaints, because they resulted in an explanation from Jesus which contains some of the richest Eucharistic doctrine in all of John’s Gospel!

Jesus then turns to his self-designation as ‘bread’. He turns to one of Israel’s most beloved stories, the feeding of Moses and his followers with manna in the desert. It was a gift from heaven, food for the journey, but only earthly food for an earthly journey. Jesus, on the other hand, is a gift from heaven, but is living bread, food for our journey to heaven. ‘Anyone who eats this bread will live for ever; and the bread that I shall give is my flesh for the life of the world’.

When we receive the Eucharist, then, we should never take it for granted, or treat it as an empty ritual. We are participating in the fulfilment of Jesus’promise, being fed on his flesh, given for us.

At this the Jews there began to grumble about him because he said, “I am the bread that came down from heaven.” They said, “Is this not Jesus, the son of Joseph, whose father and mother we know? How can he now say, ‘I came down from heaven’?” “Stop grumbling among yourselves,” Jesus answered. “No one can come to me unless the Father who sent me draws them, and I will raise them up at the last day. It is written in the Prophets: ‘They will all be taught by God.’Everyone who has heard the Father and learned from him comes to me. No one has seen the Father except the one who is from God; only he has seen the Father. Very truly I tell you, the one who believes has eternal life. I am the bread of life. Your ancestors ate the manna in the wilderness, yet they died. But here is the bread that comes down from heaven, which anyone may eat and not die. I am the living bread that came down from heaven. Whoever eats this bread will live forever. This bread is my flesh, which I will give for the life of the world.”

Credo week-ends
This site uses cookies to provide a good browsing experience: find out more on what cookies are.
Scroll to top