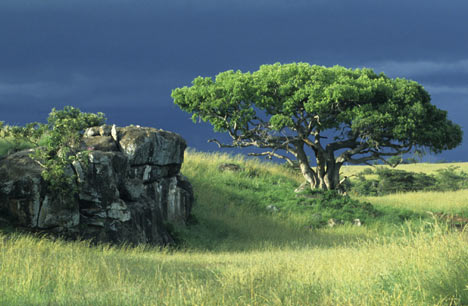 Jesus presents the parable of the barren fig tree in the context of two disasters that had happened in Jerusalem. The first was the massacre of some Galileans by Pilate in the temple. In connection to this event, Jesus was asked ‘did these people suffer because they were worse sinners than other Galileans?’ The other incident was the collapse of a tower in Siloam which left eighteen people dead. Again, people felt prompted to ask Jesus ‘were those eighteen persons who perished worse sinners than others who lived in Jerusalem?’ The answer Jesus gives to these questions is negative, but in both replies he warns his listeners to ‘repent’, or they too will perish. It is clear that Jesus does not attribute tragedy or accident directly to any particular person’s sin. Instead, He affirms the sinfulness of everyone. Whereas victims of calamity die physically, anyone who does not repent faces spiritual death. The parable of the barren fig tree is then told by Jesus.

One of the characteristics of a fig tree is its fruitfulness. It can bear fruit in spring, summer, autumn, and even in winter. Thus, Jesus chooses a fig tree to exemplify, what should have been the most fruitful, turns out to be not fruitful at all. Israel, the chosen nation, was highly privileged. The vineyard in the parable symbolises how God’s people were isolated from other nations and honoured with the light of supernatural revelation through the prophets and all the influences of divine grace. But, with that privilege came responsibility – the responsibility to bear fruit. Israel failed to match privilege with duty. Although the tree is given another chance, it is very unlikely that a fruit tree which has failed to bring forth fruit for six consecutive years will ever produce anything. A complete and profound transformation is needed. This fig tree will not bear fruit unless a miracle happens.

All people who sincerely repent and turn away from sin experience a change of heart which bears fruit. Like the fig tree, however, those who remain barren we will be cut down. This is a frightening reality. Yet, there is also a side to this parable which is very comforting. God does not want anyone to perish and is prepared to wait. Fruit-bearing is a growth process and immediate results are not expected overnight. Time, patience, care, and love, are necessary, and in Jesus, we are given all that we need. He waits and allows time for repentance. God has allotted a period of grace for each person. We are not told what happened to the fig tree in the end. Did it bear fruit, or was it cut down? The parable is open-ended, inviting each one of us to examine our own lives. We never know when the Lord’s judgment may come on us individually or on the world as a whole. All we know it that we have being given time to either embrace, or reject, God’s grace in Jesus.

Symposium – What are our bodies for? Novena for Life – Bro. Colm Mannion OP
This site uses cookies to provide a good browsing experience: find out more on what cookies are.
Scroll to top