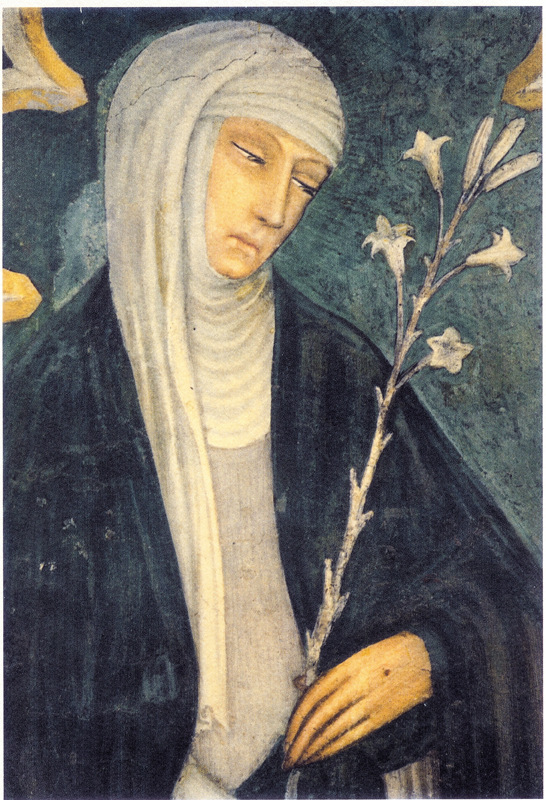 St Catherine of Siena is one of the most remarkable women in history. She lived six hundred years ago, in Italy, and was born the twenty-third child in her family. She was born into an immensely turbulent time. The fourteenth century saw wars between cities, famine, and the horrific Black Death. And the Church too was in a parlous state, with corruption, luxury, and bribery common among the clergy.

At a young age, Catherine decided she wouldn’t marry, but would give her life to God as a Dominican ‘mantellata’ – these were laywomen who belonged to the Dominican Order and followed a rule of life. After joining the mantellate, Catherine spent three years living a life of almost complete solitude in the family home. She developed an immensely close relationship with Jesus during this time and she said she spoke with him ‘as one friend to another’. It was with great difficulty, then, that she left this life of solitude behind, but she knew that was God’s will for her. She initially protested against leaving her solitude, as she felt she would be leaving behind intimacy with Christ, but she heard Christ say to her: ‘I have no intention whatever of parting you from myself, but rather of making sure to bind you to me all the closer by the bond of your love for your neighbour… On two feet you must walk my way’. These two feet – love of God in prayer, and love of neighbour in action – were to give Catherine direction for the rest of her life.

She devoted herself to great acts of charity, especially with the sick who no-one would take care of because their symptoms were so repulsive. Later, she discerned that she was to act as peace-maker between feuding families and cities. She spoke truth to power with great authenticity, and she urged the Pope to return from Avignon in France, to Rome, his rightful seat. She devoted her life to the cause of peace and unity in Church and state, and to the reform of the Church, all based on an awareness of the God who is crazy in love with us.

For most of her life, she couldn’t write, but she has left behind a body of work through dictation. By this method, she wrote letters, prayers, and, her great work, the Dialogue. In this series we will read excerpts from all three of these sources. You will meet a passionate soul, big hearted, eloquent and cheerful, despite the difficult circumstances of her time. In 1970, the Church recognised her witness to Truth when Pope Paul VI declared her a Doctor of the Church, that is, a teacher of the faith with lasting authority.

The Aquinas Lecture
This site uses cookies to provide a good browsing experience: find out more on what cookies are.
Scroll to top